On Tuesday April 5, Tamagawa University Taiko & Dance Troupe performed at Haverford College. They traveled all the way from Tokyo, Japan for their performance tour in the USA. Tamagawa Taiko & Dance have been performing in Philadelphia consecutively since 2003. They use the Swarthmore College Taiko drums when they tour, so they always perform at Swarthmore every year (I went to go see them perform at Swarthmore last year). Luckily, they came to Haverford this year as well. Admission was free and open to the public, and I saw many non-Haverford faces in the audience.

It’s amazing to see students around my age perform Taiko and traditional Japanese dance with such synchronization and professionalism. They do attend a performing arts college, so I assume they spend a lot of time practicing and perfecting the art. They must be close with each other as well from practicing and learning together. I can see dance troupes like these being the future of Japanese traditional dance. I am glad that the ancient art form is still relevant today and evolving. Many of the pieces Tamagawa performed were choreographed in the mid 2000s. 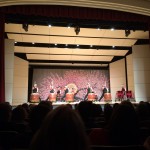 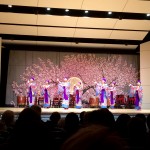 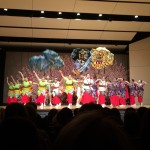 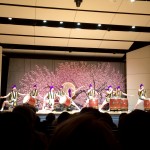 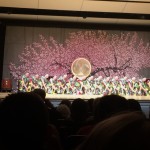 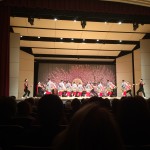 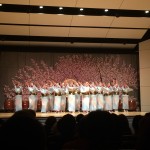 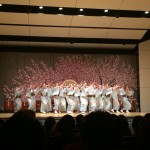 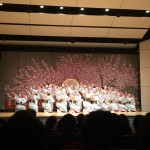 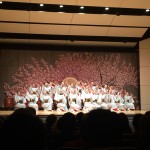 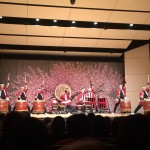 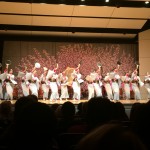 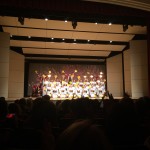 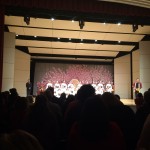 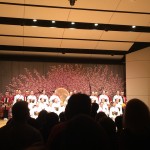 My friends and I like to joke that we use this show as an excuse to watch half naked men with nice biceps and back muscles. One definitely has to be strong and in shape to hit the drums with as much force as they do and to memorize and dance all the steps in the choreography. We got pictures with some of the dancers at the end because we are nerdy fans like that.